In the last days and weeks being super unproductive at work I got a hang to motivational and personal trainer/speaker like the great Tony Robbins, Les Brown and Tai Lopez and it really makes fun to watch these guys cause they influence me in a positive way(at least while watching).
People who know me do also know that I have a sense of this motivational stuff espacially in combination with some music and out there is so much stuff out there but that´s where I think it´s not all gold. The variety is wide spread that I got a little over it. There are postings like how 7 steps to be more yourself or 3 steps every succsessful guy does every day or 4 reasons why you are not happy in your relationship and 50 things to challange yourself and they are almost always pretty good.
Actually I try to find a good dosis of this stuff reading and implemanting. 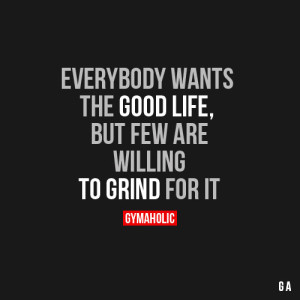 But again there are so many people out there who wants to invest your money in them buy purchising books and power days but Tony Robbins for example has so much free stuff out there that sets your mind into moving and your ass too without actually paying money.
And just for the sake of comparison german speaker are quit good as well like Frank Wilde and Stefan Frädrich but the don´t have this massiv charisma… this… motivational power to really influence your mind.

Yesterday I was listening to a recorded skype session with Hal Elrod. It was kind of an interview with him and he talked about his life horrible experiences his generell past becoming sucsessfull and doing what he loves but even more interesting his beliefs and the so called ‚miracle morning‚ theory. I never heard of Hal before but I kinda liked his idea.
So he also is a personal coach for business and higly sucsessfull people and he brought out the book the miracle morning.

What I really liked about Hal Elrod is that he is really pasionate about his method and about telling some ‚secrets‘ and the funny thing is he and most of the other motivational speaker have got some identical approaches and rituals they follow so it´s not all bullshit when even funny Jim Carrey said : „Just let the universe know what you want and let go of how it comes to pass“ – Same words from Les Brown and Hal Elrod.

So miracle morning is roughly about how you can use the energy in the morning to get long term benefits like improved health, happiness, personal changes. It´s not like „Do a 10 pushups a day and your live will change instantly forever“ but if you want a good life you have to invest time in yourself developing skills and strenghs and patience. He´s got his game changer while runing (what he hates so much) and listening to some motivational stuff because he was in the right state.

He mantioned a very true thing that reveals the secret of this game changer and this is the hole point of this post.

It´s about the state in which you are.

Imagine you are watching a movie for the tenth time or reading a book for the third time, stumpling accross a wonderfull qoute again, listening to your most liked song over and over again or walking through the nature for a couples of days you´ll notice that you sometimes/often have another feeling while watching/reading/runing.

If you feel depressed while reading your favorite qoute than you´re just reading it but when you are in a good state of mode and mind you probably see it even ‚clearer‘, got the true meaning behind it and other thoughts come to your mind. In a way : It clicks!
I truely belive that this can change everything in a hand full of seconds because I often do the same things over and over again to trigger other emotions out of the same thing but I think it has to come naturally and not forced.

So if you meditate or started working out implemanting new habits which you think are good for you just keep doing and don´t expect anything. Eventually you get some value out of it, you will see…