Alrighty, so even after a good research about this walk but not finding information about camping, toilets, company along the way, interesting points, way posts etc here is an article about this way because I think the way has got some kind of potential to be a very good one but most hikers are maybe scared due to the lack of information.

At first I was one of them. 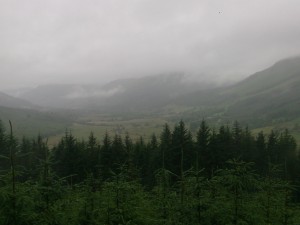 So the track is about 77 miles when you walk the normal way. You can take a detour which includes another 17 miles which I skiped due to the lack of time and my hurting feet. Rob Roy Way starts in Drymen at the square in the middle of this village and ends in Pitlochry, an awesomly nice spot to spend some time in the highlands. I was hiking with about 23 kg all in all, so pretty much like the West Highland Way in 2014.
All in all the way is alright to walk, not very dangerous or demanding at all. 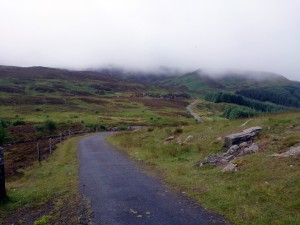 That was alright though

I would say I got pretty scotish weather so pretty much thin rain, many clouds, stormy nights but even sun shine.

I arrived late in Edinburgh with Ryanair and headed straight to Glasgow because I got a couch to surf in Balloch near the official start and that was soo cool. I stayed with a guy from czech and a lady from spain, we had a very cool evening talking and drinking banana beer

On the next day I left Balloch with the intention driving to Drymen to start the track. 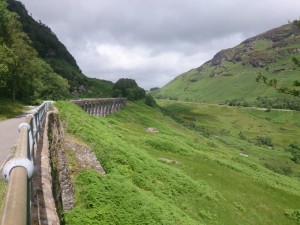 By the way Balloch is such a cute little town and the people are more than lovley(U know, I like superlatives)
I forgot my rain cape and I wasn´t sure weather or not my rain jacket is 100% water proof and I still needed gas for the cooker but than I meet Angela in the Loch Lomand Gift Shop. She was great by organizing this important stuff for me. Thanks very much!

So the day went on and decided to skip the first part from Drymen to Abberfoyle(I read it kinda sucked) so I decided to go to Aberfoyle directly. I suddenly realized that there was no direct connection from Balloch to Aberfoyle. No Bus, no train, no nothing. So much for this plan. Alright, I jumped on the bus to Drymen and hitchhiked to Aberfoyle. I didn´t even wait 3 minutes to got a ride, awesome people.
Finally I started my way from Aberfoyle to my first unknown destination because I didn´t set myself goals to stay somewhere.

I was prepared to camp the whole trip cause prizes for B&B are expensive like hell starting at 50 pounds. As I mentioned before I didn´t read anything about campsites so if you wanne do this thing you can´t be so picky choosing a pitching spot for your tent. The variety of suitable spotts is…limited(let´s put it mildy)
The first day I did about 20 km to my first „camping spot“ near Kilmahog/Callander. The track was quite cool, a variety of landscape and even the weather was very good. 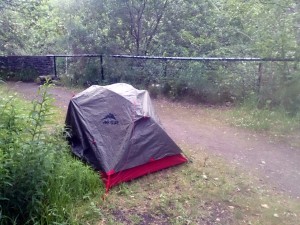 I was a little scared that I get a little lost but the way is way marked. I did not say „well way marked“ and you should definitely take a map with ya. 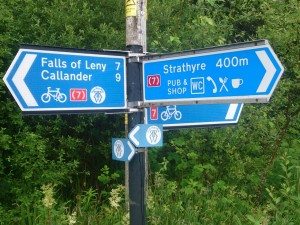 So I don´t want to get in detail to every damn day.
So the next days weather continued beeing crappy and sometimes it wasn´t fun at all but I´m not complaining, I know I know Scotland…
On the second day I meet two of three persons which were doing the Rob Roy Way as well so you can say it was crowdy like hell… or you can say the truth that it was absolutely abandoned. And to be honest that was a key factor that I would not do it(again).

You have to know when I go out on a hiking holiday I do it with the intention of spending time with/for myself and mother nature. Some locals here and there and hopefully the day ends by meeting people on the way or chatting on a campsite and get to know new people. I can decide weather I want to be alone and just go my way or weather I want some company, I really love to have these option and this option was 100% covered on the west highland way.
On the Rob Roy Way however, it was everything but… I was alone and even after a few chats with guys from B&B, it wasn´t the same, so company along the way this a total low point. 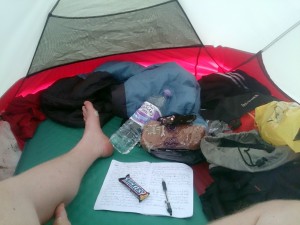 In my little tent 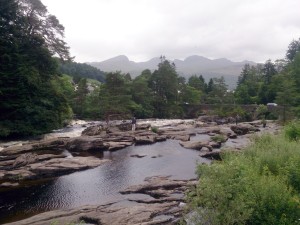 My daily routine was like walking up to 4 hours and often I arrived in a little town to have a coffee, relax for one or two hours and continue for another two to three hours. I really liked that kind of shedule.
Arriving in Killin however was wonderful, what a cute little village laying along a river but one more time, wild camping wasn´t easy because there were not many suitable camp spots and because it was raining all the time I went just in the woods and found a place eventually.

Continue hiking became a little harder due to my hurting feet so I changed my opinion and refused to take the detour to Amulree. Turned out that I was happy with the normal track ending in Pitlochry as well.
Somewhere on the track I decided to not camp the whole way, my stuff was wet like my clothes. You can´t dry them while walking or camping so I did two times a bed breakfast for 30 and 40 Pounds. A welcoming decision. 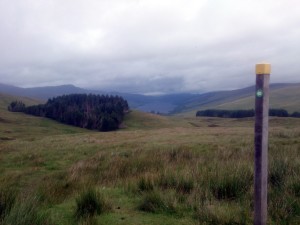 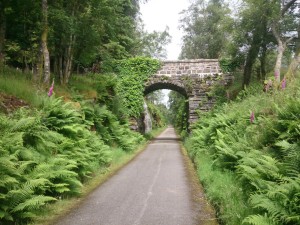 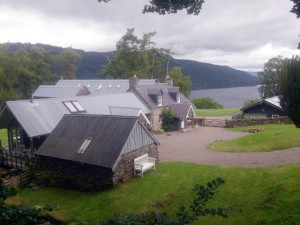 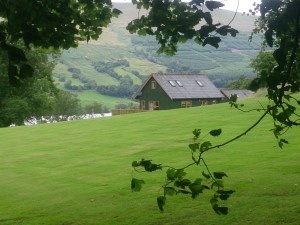 The best part of the way for me was walking from Kenmore to Aberfeldy. It was up up up and I was walking beside Loch Tay there were some gorgeous views, man.
The owner of this tiny B&B were looking so fullfilled so happy so positive and I brought up the courage to ask them, why are they´re looking so happy? 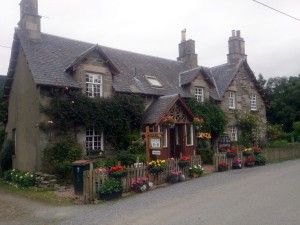 What a wonderfull B&B stay

They told me three things. At first, they had good jobs which made a lot of fun and meaning. Second was a big family around them and third and most interesting to me was:
„Don´t expect to much from life“ – That really hit me.

After leaving these guys the whole part became an awesome mix from walking through rough land, woods, fields, a lot of green nature and eventually many, big Cows. Here is a little video how I encounter my first cow herd in the wild.

Eventually I arrived in Pitlochry and I was very happy that the track was over. 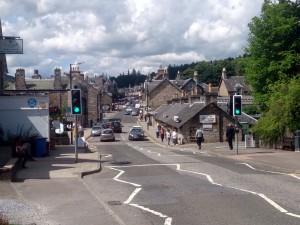 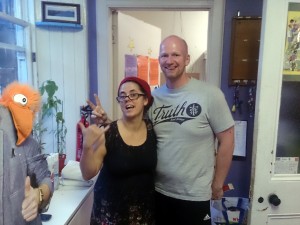 I was exhausted and I wasn´t in the mood to walk any further. I stayed two night in Pitlochry Backpackers(instantly I got up to memories of my year in NZ) and I spend one more day in Edinburgh. What a beautiful city, duuuuude! 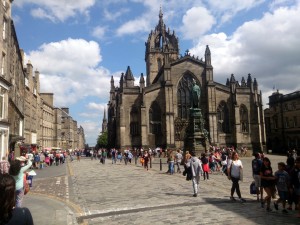 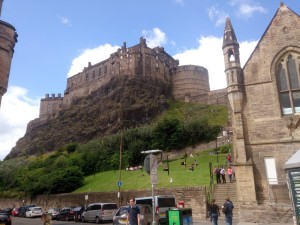 Luckily I was „invited“ to a pub crawl with 50 other travelers and I got to know some cool people from all over the planet and spend a super night in several bars.
One more time I realized that traveling is all about people. You can see the most awesome things in nature, enjoy your time and see tramandous spots but for me meeting new people is the key to fun.

Rob Roy way is good in
….the variety of nature
….enough spots to refill your food/drinks
….bed & breakfast